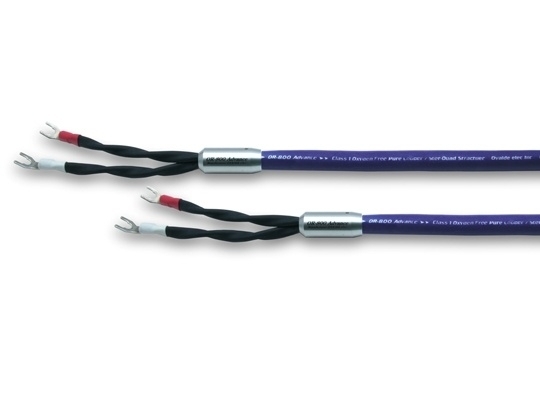 The advancement of a masterpiece

Since its release in 1975, the original OR-800 has been a very popular speaker cable. While maintaining its basic features which include litz wire, cotton thread, rope-stranded conductor and star-quad structure, we have significantly advanced its performance by using the very latest materials available and by producing our own original Y-terminals to yield a more sophisticated sound.

Cotton thread is one of the oldest insulation materials. Although there are several high-tech materials these days, we selected cotton for its property of vibration attenuation. As we design cable, we think vibration and static electricity are very important factors in addition to electric permittivity, conductor resistance, and electrostatic capacitance. Due to its vibration attenuation characteristic and static protection property, cotton is considered to be suitable as an insulation material compared to other compounds.

We created Y-terminals specifically for OR-800 Advance for active tone control without changing character of the cable. Those are punched out from 2mm thick oxygen-free copper and processed surface smoothing. Then, it is brought to completion by palladium plating after silver plating.
The form is cut in two-size adjustment (6mm and 8mm) to be applied to almost all speaker post.

For the conductor, almost four hundreds of very thin wires made of OFC (Oxygen Free Copper) is installed in star-quad structure. Its litz wire structure prevents deformation among the wires because of enamel coating (UEW) on the surface and prevents loss of high-frequency charactoristic by skin effect.

The structure of OR-800 is star-quad structure which we have trusted for 20 years.
Due to its cancellation effect by inversion of electro motive force caused by electromagnetic induction, it blocks external noise and electromagnetic wave without increasing electric capacitance.